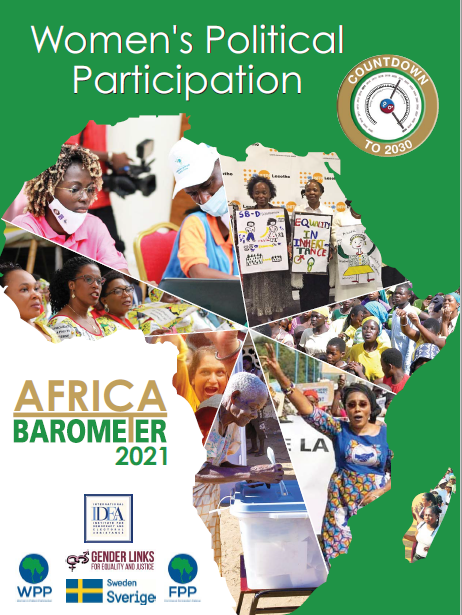 ADDIS ABABA— African countries are still far from achieving women's equal and effective participation in political decision-making. Women constitute only 24 per cent of the 12,113 parliamentarians in Africa, 25 per cent in the lower houses, and 20 per cent in the upper houses of parliament, according to the first Women's Political Participation: Africa Barometer 2021 published today.

While local government is often hailed as a training ground for women in politics, women constitute a mere 21 per cent of councillors in the 19 countries for which complete data could be obtained. 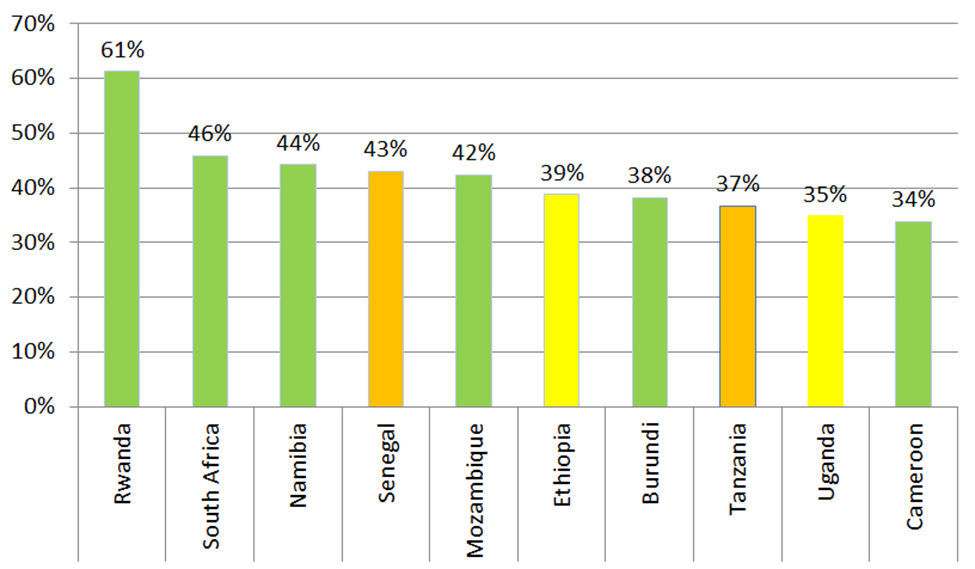 Mixed = A combination of the PR and FPTP systems

The Barometer aims to imbue the African continent, especially legislators and policy makers, with a resource through which they can assess progress over time in WPP; the underlying reasons, and evidence-based arguments to enhance advocacy campaigns. The report comes as the clock ticks down to 2030, the deadline for the Sustainable Development Goals.

“The Africa Barometer 2021 is a wakeup call that there is a huge amount of work to be done to achieve gender equality in African political institutions,” says H.E. Dr Joyce Banda, Former President, Republic of Malawi. “This report is a mirror that allows Africa to identify ways to progress on policies and monitor governments’ progress.”

In the Barometer, we are presented with a snapshot of the status of women’s political participation across all the countries of Africa. The Barometer also explores the long-term structural causes of women's exclusion from political decision-making as well as more immediate barriers. Patriarchy, social, cultural and religious influences have led to many African women being rendered second-class citizens. The lack of economic resources is one of the biggest obstacles to women's participation in politics.

The International Institute for Democracy and Electoral Assistance (International IDEA) is an intergovernmental organization with the mandate to support and advance democracy worldwide. International IDEA contributes to the public debate on democracy and assists in strengthening process, reforms, institutions and actors that build, advance and safeguard democracy, with a focus on electoral processes; constitution-building processes; and democracy assessments. Mainstreamed across all our work are gender and inclusion, conflict sensitivity and sustainable development.

International IDEA formed a Gender consortium on “Enhancing the Participation of Women in Political Participation in Africa” with six partners from across Africa. This undertaking, which is funded by the Embassy of Sweden in Ethiopia, is a three-year project with an overall goal of increasing the political participation and representation of women in Africa in line with the Maputo Protocol of 2003, various associated sub-regional protocols and standards and the Sustainable Development Goals.