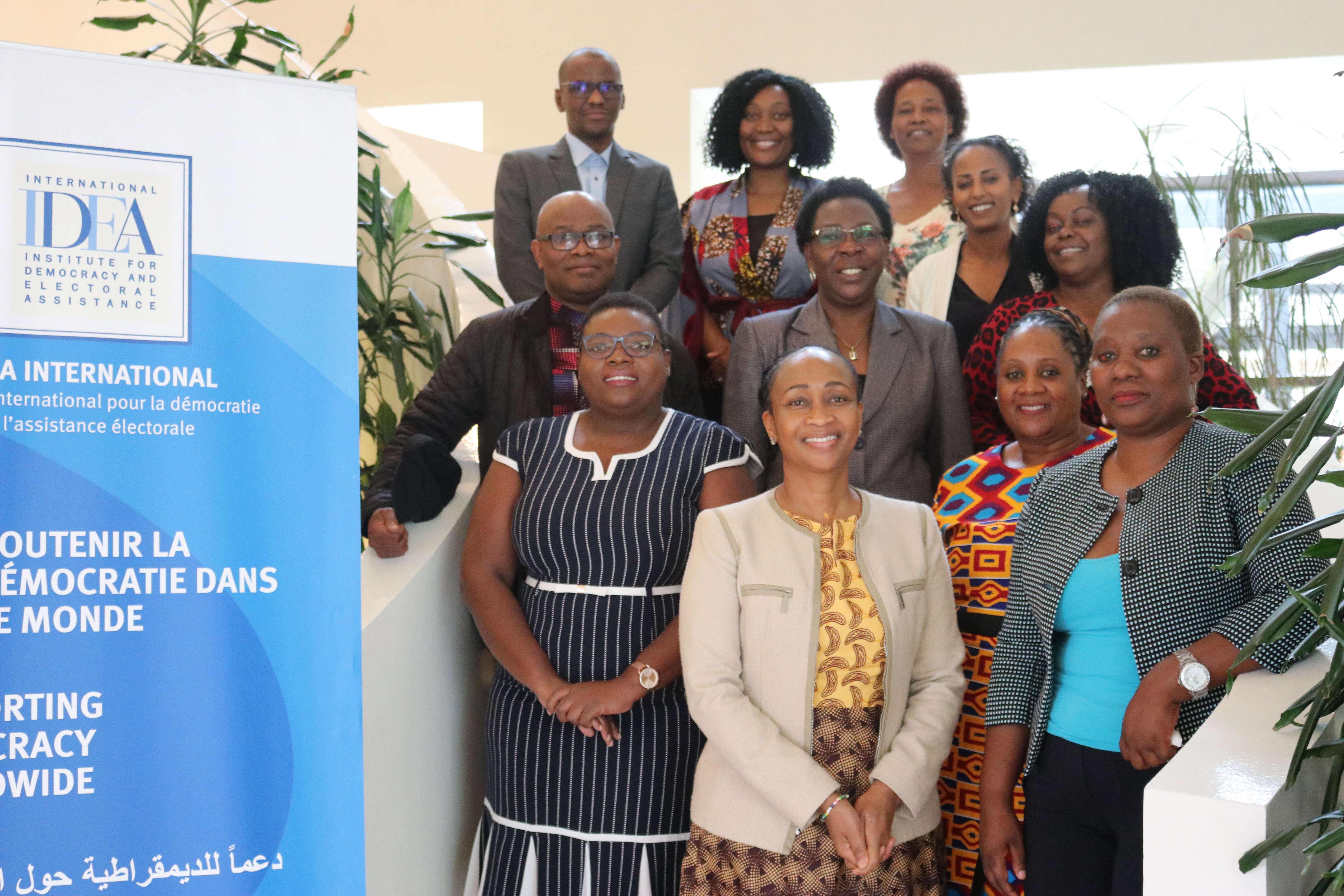 International IDEA launches a new project on “enhancing the inclusion of women in political participation in Africa”. The project, which is funded by Embassy of Sweden in Ethiopia has brought into a consortium six civil society organisations from across the continent with a mandate of supporting the inclusion of women in African politics with IDEA as lead, the organisations are; African Women’s Development and Communication Network (FEMNET),  Forum for African Women Educationalists (FAWE), Fundamental Institute of Black Africa - Cheikh Anta Diop University (Ifan-UCAD), Gender Links, Padare/Enkundleni/Men's Forum on Gender, and Women and Law Southern Africa (WLSA).

This project is one of the ways in which IDEA fulfils its 2018-22 strategy to “stimulate and contribute to the public debate on democracy and assist in strengthening processes, reforms, institutions and actors, that build, advance and safeguard democracy”.  IDEA believes that gender inclusion should be central to the institutional strategy because without the inclusion of women’s voices and their presence in political processes and institutions, the democratic project is incomplete.

This undertaking is a three-year project with an overall goal to increase the political participation and representation of women in Africa in line with the Maputo Protocol of 2003, various associated sub-regional protocols and standards and the SDGs.

To achieve its goal IDEA and partners will work with among others; political parties, public interest groups (media, institutions that are custodians of customary and religious law), election management bodies, parliaments, gender/ women’s ministries, Regional economic communities, the African Union and policy makers across the continent.